Vincent van Zeijst
Headquarters of the International Criminal Court in The Hague.
5 December 2011

Vanuatu has become the latest State to accede to the treaty that established the International Criminal Court (ICC), bringing to 120 the number of countries that are parties to the statute, the court reported today.

Vanuatu deposited to the United Nations its instrument of accession to the Rome Statute on Friday, the ICC said in a press release. The treaty will enter into force in the South Pacific island nation on 1 February next year.

“With this act, Vanuatu strengthens its contribution to the international legal order and acquires additional protection for its territory and population against the gravest crimes known to humanity,” said Sang-Hyun Song, the ICC President.

“I hope Vanuatu’s example will encourage other members of the Pacific Island Forum – many of which still remain outside the Rome Statute system – to join the ICC in the near future,” he added.

The ICC can try cases involving individuals charged with war crimes committed since July 2002. The Security Council, the ICC prosecutor or a State party to the court can initiate any proceedings, and the ICC only acts when countries themselves are unwilling or unable to investigate or prosecute.

End to impunity vital to stability in South-Eastern Europe, Croatia says at UN 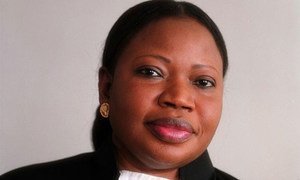 States Parties to the international treaty that created the International Criminal Court (ICC) have selected Fatou B. Bensouda of the Gambia as the consensus candidate to be the next prosecutor, the court said today.