The United Nations World Food Programme (WFP) and Japanese electronic entertainment company Konami Digital have teamed up to release an online game today that can support the fight against hunger.

The United Nations World Food Programme (WFP) and Japanese electronic entertainment company Konami Digital have teamed up to release an online game today that can support the fight against hunger.

The game, Food Force, takes players through the process of planting, harvesting, processing and distributing food all over the world while they respond to food emergencies, prompting users to use their logistical abilities to keep countries from experiencing hunger.

The game, which can be accessed as an application on the social networking site Facebook, also allows players to ask friends to help them in their operations and compete with other users to obtain crops, equipment and virtual goods.

“Konami has created a challenging game that we hope will harness the immense power of social media to raise awareness and funds for the hungry,” said Nancy Roman, WFP’s Director of Communications, Public Policy and Private Partnership Division.

“There are millions of online video games and a few of which help support the fight against hunger. Food Force will be the first one to build large communities of people who will be able to make a dent in hunger,” said Ms. Roman.

The game has been released in Japanese and English. This is the second version of Food Force following the original in 2005, which simulated an emergency operation on a fictitious island, generating over six million downloads.

“The social media and gaming landscape has been transformed since the original Food Force and now there is great scope for a game that allows players to grow and strengthen their networks, while doing good.” said Ms. Roman. 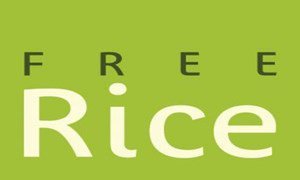