As aid effectiveness forum begins, Ban urges States to live up to commitments

Secretary-General Ban Ki-moon speaks to reporters on arrival in Busan, Republic of Korea, to address the Fourth High-Level Forum on Aid Effectiveness
29 November 2011

Fiscal austerity during the current straitened economic times is no excuse for countries not delivering on their aid commitments, Secretary-General Ban Ki-moon said today, calling for a united front from the international community to help the poor.

Speaking to journalists in Busan, Republic of Korea, where he will address the Fourth High-Level Forum on Aid Effectiveness tomorrow, Mr. Ban said it was vital that the meeting send an “unequivocal message” that the world remains committed to making the social and economic targets known as the Millennium Development Goals (MDGs) a reality.

The forum, which began today and runs until Thursday, brings together representatives of governments, the private sector and non-governmental organizations (NGOs) from around the world to discuss how to make aid more effective and helpful to those in need.

Mr. Ban described the forum as important to shaping how aid will be delivered through 2015, the target year for achieving the MDGs, which range from slashing maternal mortality and extreme poverty to halting environmental degradation.

Noting that the forum is taking place at a time when the world is experiencing a severe economic crisis, he said that austerity must not be used as an excuse for not delivering on existing aid commitments.

The Secretary-General also told reporters that the results of the Busan forum will help inform discussions at the global summit on sustainable development, known as Rio+20, which will be held in Brazil next June. 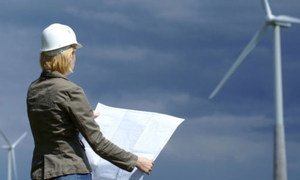 The United Nations Development Group (UNDG) called today for governments to work together to reduce inequality and support sustainable development ahead of the Fourth High Level Forum on Aid Effectiveness in the Republic of Korea next week.