A United Nations expert panel today warned of an alarming resurgence of the use of mercenaries in armed conflict, and called for regulating private military and security companies, whose activities raise numerous human rights challenges.

“Mercenaries pose a threat not only to security, but also to human rights and potentially to the right of peoples to self-determination,” said Faiza Patel, who currently heads the Working Group on the use of mercenaries. “It is crucial that States cooperate to eliminate this phenomenon.”

While traditionally mercenaries are understood to be soldiers hired to fight in an armed conflict or to overthrow a government, they have been used by governments in some recent conflicts against their own populations.

In Côte d’Ivoire there is “considerable” evidence that the Government used some 4,500 Liberian mercenaries to avoid the results of a democratic election at the end of 2010, according to a news release issued by the five-member Working Group.

In Libya, foreign fighters’ involvement in the repression of peaceful demonstrations was reported earlier this year. Such mercenaries were allegedly recruited from neighbouring African countries and Eastern Europe.

Ms. Patel, who presented the group’s report to the General Assembly on Monday, told a news conference at UN Headquarters today that the panel will be visiting both Côte d’Ivoire and Libya in the next few months. Over the past year, it made three country visits – Equatorial Guinea and South Africa in 2010, and Iraq in early 2011.

In addition to mercenaries, the “ever-expanding” activities of private military and security companies continue to raise a number of challenges, Ms. Patel said.

“Providing security to its people is a fundamental responsibility of the State and outsourcing security to private military and security companies creates risks for human rights, hence the need to regulate their activities.”

She noted that these companies continue to undertake a growing range of activities in an increasing number of countries from drug-eradication programmes in Colombia to post-conflict reconstruction.

“And it is not just governments who take advantage of their services, but also NGOs [non-governmental organizations], private companies and the United Nations,” she added.

For the Working Group, “the potential impact of the widespread activities of private military and security companies on human rights means that they cannot be allowed to continue to operate without adequate regulation and mechanisms to ensure accountability.”

♦ Receive daily updates directly in your inbox - Subscribe here to a topic.
♦ Download the UN News app for your iOS or Android devices.
mercenar 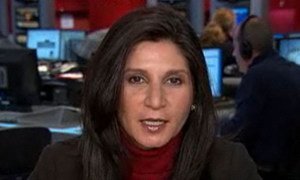 A United Nations panel today called for greater regulation of mercenaries and private military and security companies by both host and contributor countries to ensure respect for human rights and accountability for any abuses committed.