In what it calls a “grim analysis” of the future of global employment, the International Labour Organization (ILO) also notes that while private enterprises are in an even weaker position to retain employees since the start of the financial crisis, austerity measures implemented by governments have contributed to the growing numbers of unemployed.

“We have reached the moment of truth,” said Raymond Torres, Director of the ILO’s International Institute for Labour Studies, which issued the report. “We have a brief window of opportunity to avoid a major double-dip in employment.”

According to World of Work Report 2011: Making markets work for jobs, 80 million jobs need to be created over the next two years for global employment to return to pre-crisis levels.

Yet the report points out that at the current rate, it would take at least five years for employment in developed countries to return to pre-crisis levels – one year longer than projected in last year’s report.

In a new addition, the annual study features a ‘social unrest’ index highlighting global levels of discontent related to perceived economic inequality. Marking an uptick in popular anger in advanced economies such as those of the European Union, the report warns of a “significant aggravation of social unrest” in over 45 of the 118 countries surveyed.

“As the recovery derails, social discontent is now becoming more widespread,” the report’s authors warn, noting public dissatisfaction is also simmering in the Middle East and North Africa and, albeit to a much lesser extent, Asia.

The report’s authors, however, offer a glimmer of hope. Calling on governments to resist cuts in social programmes, they note that an increase in active labour market spending by half a per cent of gross domestic product (GDP) would increase employment by between 0.4 per cent and 0.8 per cent, depending on the country.

The study’s release comes on the eve of the summit later this week of the leaders of the G-20, the world’s largest economies, where participants – who will include Secretary-General Ban Ki-moon – are set to address social and economic issues related to the worsening global downturn. 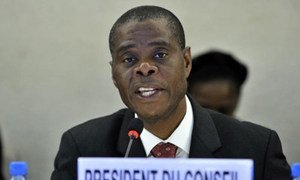