With more than five out of every seven people in the world lacking adequate social security, a high-level United Nations panel today called for guaranteeing basic income and services for all, not only as a means to ensure peace and stability but also to boost economic growth.

With more than five out of every seven people in the world lacking adequate social security, a high-level United Nations panel today called for guaranteeing basic income and services for all, not only as a means to ensure peace and stability but also to boost economic growth.

Measures providing income security and scaling up essential health services are affordable even in the poorest countries, costing as little as 1 to 2 per cent of gross domestic product (GDP), although international support is needed for some low-income countries, with donors providing predictable multi-year financial aid, according to the panel’s report – Social Protection Floor for a Fair and Inclusive Globalization.

This floor would guarantee basic income in the form of social transfers in cash or kind, such as pensions, child benefits, employment guarantees and services for the unemployed and working poor, while providing universal access to essential affordable social services in health, water and sanitation, education, food, housing, and other services defined according to national priorities.

“This is a crucial report that comes at a critical time,” Secretary-General Ban Ki-moon said on receiving the report at UN Headquarters in New York from UN Women’s Executive Director Michelle Bachelet, chair of the Advisory Group convened by the UN International Labour Organization (ILO) in collaboration with the UN World Health Organization (WHO).

“People everywhere are anxious about the future, frustrated about the economy, and upset with political leaders. Achieving social protection for all is critical to building fairer, more inclusive and equitable societies.”

The report’s preliminary conclusions were presented to a ministerial meeting of the G-20 group of major industrialized and developing economies last month and won an immediate pledge by the group to support new measures aimed at extending social protection worldwide as a means of reducing poverty, stimulating economies and hedging against the impacts of economic crises.

The report calls on G-20 leaders at their summit in Cannes, France, next week to consider an “action plan” to implement such protection floors, whose specifics would be developed at the national level, through existing and new financing mechanisms. Some countries, such as El Salvador, Benin, Mozambique and Vietnam, could provide the floor for as little as 1 to 2 percent of GDP, it adds.

“Extending social protection is a ’win-win’ investment that pays off both in the short term, given its effects as macroeconomic stabilizer but also in the long term, due to the impacts on human development and productivity,” Ms. Bachelet said.

The social protection floor differs from the social safety net in that makes protection a full and permanent component of the development strategy for inclusive growth, going beyond the temporary ‘crisis management’ and ‘social relief’ synonymous with safety nets.

“Social protection floors are necessary, feasible and effective”, ILO Director-General Juan Somavia said. “Cuts in social protection programmes as part of fiscal consolidation packages might weaken the recovery… By reaffirming their commitment to extend social protection, G-20 leaders can contribute to restore people’s confidence, which is a prerequisite to market confidence.”

According to the report, an estimated 5.1 billion people lack adequate social security or social protection worldwide, while just over 15 per cent of the jobless are receiving some form of unemployment benefits.

“By addressing the structural causes of poverty and inequality in a context of accelerated demographic ageing process, these actions [establishing the floor] can contribute to enhance social cohesion, peace and stability, which in turn help to minimize social unrest,” the report says in its recommendations.

“They can also promote macroeconomic stability, as countries can rely on social protection to both act as an automatic stabilizer and provide foundations for a sustainable and inclusive globalization,” it adds, calling for a mechanism to ensure collaboration and coordination from different UN agencies.

At a later news conference Ms. Bachelet regretted the lack of progress since the Universal Declaration of Human Rights (UDHR) in 1948 called for social protection for all with adequate living standards, access to health and education, food and housing, and social security.

“In 2010, what’s the reality is that global GDP is 10 times larger than in 1950, an increase of 260 per cent per capita, so you could think, ‘OK we’re in a great possibility to really be able to achieve what the [Universal] Declaration of Human Rights has stated.’ [But] despite the six decades of strong economic growth… access to adequate social protections services and benefits remains a privileged offer to relatives few people.” 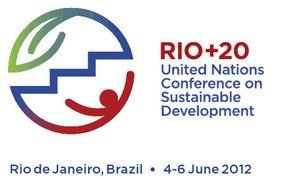