Corporate executives and prominent political figures today at a United Nations-backed meeting called for investment in emerging sectors that support sustainable development to reinvigorate the flagging global economy and address the deepening rift between rich and poor.

Recommendations included the implementation of policies that can mobilize investment by the banking and investment sectors into emerging industries associated with sustainability – including the clean energy sector, renewable energy, green buildings and retrofitting, clean vehicles and fuels.

“Economic policies must move in a direction that balances the needs of all stakeholders,” Barbara Krumsiek, the Calvert Investments chief executive and UNEP FI co-chair.

“It is not enough to restore the financial industry to previous levels of capitalization and profitability, without simultaneously providing a path that seeks to return all Americans to their previous levels of economic security and opportunity.”

Paul Clements-Hunt, the head of UNEP FI, pointed out that the world’s economy is at a tipping point.

“The risk that the disconnect between grassroots economic realities and financial markets erodes the trust that binds us together is real. If we are to avert this scenario, the global economy’s most damaging flaws must be re-engineered with the adoption of market practices that value both sustainability and long-term financial stability.”

The summit’s participants stressed that with the right incentives private finance can play an essential role in spurring a recovery of the US economy and achieve job creation in sectors ranging from green technology to ecosystem management.

With less than a year to go before the UN Conference on Sustainable Development (Rio+20) in Rio de Janeiro, Brazil, UNEP FI explained that the Washington meeting was the first in a series of agenda-setting and action-oriented discussions on the private sector’s increasing role in global environmental protection.

“Clearly, the financial world must do its part in creating mechanisms that lead to a more equitable and green economy,” said Ms. Robinson. “The set of concrete proposals put forward during the Global Roundtable are a politically credible and economically sound roadmap to achieve this goal.” 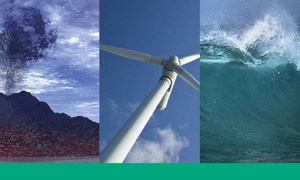 Industries should take into account green measures for every aspect of what they do to be able to ensure their sustainable future, the United Nations agency entrusted with accelerating industrial development in poorer States said today.