The United Nations has a new striker on its team to defeat HIV/AIDS, Brazilian soccer star Ronaldinho, who will now parlay his devastating skills on the sports field into raising awareness among young people worldwide to help block further infections.

A two-time World Player of the Year for the International Federation of Association Football (FIFA) and star of countless matches on his country’s national team and top European sides Paris Saint-Germain, Barcelona and Milan, the 31-year-old attacking midfielder and forward has accepted an invitation from the Joint UN Programme on HIV/AIDS (UNAIDS) and Brazil’s Health Ministry to promote AIDS awareness through sport.

“Ronaldinho is a great inspiration to young people the world over,” UNAIDS Executive Director Michel Sidibé said. “His voice will reach millions of people and bring new energy to our vision of achieving zero new HIV infections.”

Ronaldinho’s ‘new cap’ is just the latest example of close collaboration between UN agencies and the world of sport to advance humanitarian causes. “I am honoured to stand together with UNAIDS and the Ministry of Health of Brazil in the response to HIV,” he said. “I am delighted to make a small contribution to this important cause by doing what I do best: playing football.”

Globally there are more than five million young people living with HIV and every day 2,400 more become infected. Although the young are increasingly learning how to protect themselves, only one-third of them globally have accurate and comprehensive knowledge of how to do so.

Brazil has pioneered an effective response for many years. “Ronaldinho will be an excellent role model for young people around the world and is passionate about his new role,” Brazilian Health Minister Alexandre Padilha said. “I am confident that he will be a real asset to the global AIDS response.”

Other sports stars who have recently lent their skills to UN causes include retired Algerian soccer striker Mustapha Rabah Madjer, who became a UN Educational, Scientific and Cultural Organization (UNESCO) Goodwill Ambassador earlier this month, and tennis champions Novak Djokovic of Serbia and Serena Williams of the United States, who are Goodwill Ambassadors for the UN Children’s Fund (UNICEF).

Meanwhile, soccer greats Ronaldo and Zinédine Zidane have been organizing charity games as Goodwill Ambassadors of the UN Development Programme (UNDP) for the past eight years. 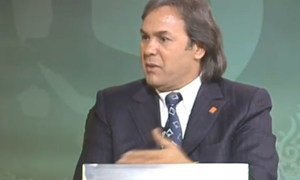 Retired Algerian soccer striker Mustapha Rabah Madjer, who played in two World Cups and starred on the Portuguese club team FC Porto in the 1980s, is to become a United Nations Goodwill Ambassador in recognition of his work with young people and promotion of sports values.