19 October 2011
With the health gap between rich and poor at its widest level in recent history, the United Nations today opened a three-day forum in Brazil to tackle the social, economic and environmental root causes of health inequities.

With the health gap between rich and poor at its widest level in recent history, the United Nations today opened a three-day forum in Brazil to tackle the social, economic and environmental root causes of health inequities.

“The differences, within and between countries, in income levels, in opportunities, in health status, and in access to care are greater today than at any time in recent history,” UN World Health Organization (WHO) Director-General Margaret Chan told representatives of some 120 governments, including 60 health ministers, experts, and civil society organizations in Rio de Janeiro. “A world that is greatly out of balance in matters of health is neither stable nor secure.”

The conference, convened by WHO and hosted by the Brazilian Government, comes amid mounting pressure on governments to reduce social inequalities, which have further widened as a result of the global financial crisis.

At present, the life expectancy gap between countries is 36 years and there is ample evidence that in all countries – whether low, middle or high-income – an individual's health is largely determined by his socio-economic position. With the right mix of government policies and coordinated action on local, national and international levels, existing gaps could be narrowed.

“Many countries are taking action to reduce socially-determined health gaps but not enough is being done.” WHO said in a news release.

“In the context of the global financial crisis, increasing food insecurity, and the challenges of climate change, new strategic approaches will be needed to address the determinants of ill-health.”

On Friday, at the end of the conference, governments are expected to endorse a Rio Political Declaration on Social Determinants of Health outlining their agreements and pledges to improve the broader social conditions that affect people’s health. 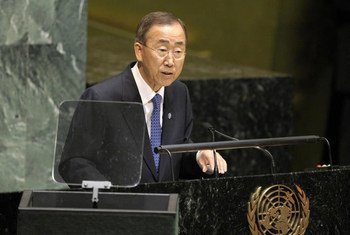