The United Nations humanitarian chief arrived today in the Democratic People’s Republic of Korea (DPRK) to assess the extent of the country’s food crisis.

During her five-day visit, the Under-Secretary General for Humanitarian Affairs Valerie Amos, will visit various parts of the country, where an estimated six million people currently require emergency food aid, and speak to authorities about their plans to address the crisis.

“I’m going to North Korea to see for myself the situation on the ground, to have an opportunity to talk to the authorities about how they see this crisis, and also to talk to the small number of UN agencies there about the nature of our response and what more we can do to give a level of comfort to the international community,” she said from China, on the eve of her visit.

Ms. Amos, who is also the UN Emergency Relief Coordinator, stressed she wanted to reassure donors that the money they give to the UN appeal is reaching the people who need it the most, following previously stated concerns about the possibility of humanitarian assistance being diverted for other uses.

Last week, while visiting China, Ms. Amos said monitoring mechanisms for aid distribution have been substantially strengthened in the DPRK.

The UN launched an appeal for the country in April after reports of a worsening food crisis. According to the Office for the Coordination of Humanitarian Affairs (OCHA), only about 27 per cent of the $218.7 million that the UN agencies requested has been received so far this year. 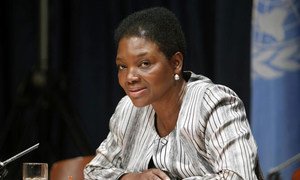 The top United Nations humanitarian official will visit the Democratic People’s Republic of Korea (DPRK) later this month to assess the extent of the country’s food crisis and hear from authorities what longer-term plans they have to deal with the food shortages.