13 October 2011
Secretary-General Ban Ki-moon urged developing countries today to not lose momentum in their ongoing efforts to improve women and children’s health and warned there is still much to be done to tackle this issue.

Speaking at the South-South Awards ceremony in New York, Mr. Ban said he was pleased with the progress and commitment made by developing countries since the launch of the Global Strategy for Women’s and Children’s Health a year ago, of which many developing countries have been prominent supporters.

The strategy, which has received more than $40 billion dollars for its implementation, outlines ways for countries to work together to improve women and children’s health, and asks them to honour their commitments on the issue, develop a framework to ensure accountability, and work together to bring new partners.

“As of today, more than 60 countries have committed to step up efforts to improve women and children’s health. Fifty-seven are southern governments,” he said, praising the work done so far by developing countries. “It is in the South where implementation of commitments has begun in earnest.”

However, he warned that there are still a lot of obstacles to overcome and that there is a long way to go as millions of women and children are still dying due to poor health conditions.

“Political roadblocks litter the path ahead. Decisions to invest where resources are most needed can be slow. A woman’s right to access the services she needs is sometimes denied,” he said.

Mr. Ban said this was no reason to lose optimism and encouraged developing countries to scale-up their efforts.

“Our newest pledge to advance the Global Strategy for Women’s and Children’s Health comes from South Sudan – the United Nations’ newest Member State. I am extremely heartened by this important commitment,” he said.

Mr. Ban stressed his commitment to improving women and children’s health, saying he was determined to make Every Woman Every Child “one of the greatest success stories in our march toward truly sustainable development.” 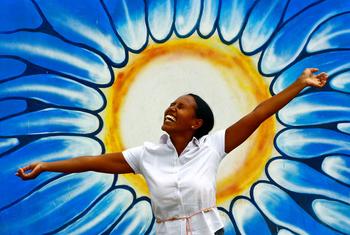 10 October 2011
Secretary-General Ban Ki-moon today urged the world to allocate more resources for the treatment of mental disorders, saying that too little funding was devoted to mental health despite the debilitating nature of the illnesses and the fact they can be prevented or treated effectively.