Secretary-General Ban Ki-moon today paid tribute to one of his predecessors, Dag Hammarskjöld, who died 50 years ago, hailing him as a problem-solver who championed the concept of action taken on the basis of conviction and principle.

Mr. Hammarskjöld was guided by an inner voice “never to do what was expedient or popular [but] always to do what he believed was right,” said Mr. Ban, speaking at Mr. Hammarskjöld’s graveside in Uppsala, Sweden. “For that, he stands out among the leaders of the past century.”

Mr. Hammarskjöld led the United Nations from 1953 until his death in September 1961, when he was killed with 15 others in a plane crash in what was then known as Northern Rhodesia – now Zambia – while en route to Katanga in the country now known as the Democratic Republic of the Congo (DRC) to negotiate a ceasefire.

“Today, in the stillness of this sanctuary, I have the chance to do something else, something which was also one of Hammarskjöld’s strengths: To stand in peaceful contemplation. To reflect on what it means and what it takes to serve in the interest of the greater good,” said Mr. Ban.

Mr. Ban said he had hoped, when he took over as Secretary-General in 2006, that he would not receive such appeals from young people around the world.

“In reality, unfortunately I am still receiving those kinds of appeals from many people, particularly what we are observing in Arab [countries], in North Africa and in many parts of the world where people are oppressed, where people do not have freedom of expression, freedom of assembly.

“We must all work together to uphold the fundamental principle of democracy so these people, and all people, men and women, countries big or small, rich or poor, can enjoy genuine freedom and people can live without fear. This is what we have to do, upholding the torch Dag Hammarskjöld has left for us. I am committed to that mission,” said Mr. Ban before leading those gathered to observe a moment of silence in memory of Mr. Hammarskjöld.

Speaking to reporters at a joint press briefing with Prime Minister Fredrik Reinfeldt, the Secretary-General said they had discussed a number of important issues, including developments in the Middle East and Libya, as well as efforts to help poorer countries achieve the social and economic targets known as the Millennium Development Goals (MDGs).

He also met Sweden’s International Development Cooperation Minister, Gunilla Carlsson, whom, he said, is playing a critical role as a member of his High-Level Panel on Global Sustainability.

Mr. Ban noted that Sweden is one of the UN’s most generous donors, providing important resources and valuable ideas and leadership.

“Sweden makes up a fraction of one per cent of the global population, but Swedes account for more than five per cent of my high-level UN envoys and representatives. I am very proud and you should be very proud of them. We also have Swedish staff in eight peacekeeping missions, from Liberia to Afghanistan; from South Sudan to Haiti,” he said.

“The United Nations is very proud that our agency, UNESCO [UN Educational, Scientific and Cultural Organization] once published a number of his works in an anthology of Swedish poetry,” he said.

♦ Receive daily updates directly in your inbox - Subscribe here to a topic.
♦ Download the UN News app for your iOS or Android devices.
Hammarskj 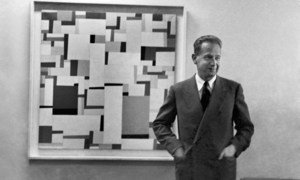 Secretary-General Ban Ki-moon today paid tribute to Dag Hammarskjöld, the former United Nations chief whose life and work continue to serve as an inspiration 50 years after his tragic death while en route to negotiate peace in what is now the Democratic Republic of the Congo (DRC).