“Successful policies are those that do not overlook the fact that economic policies have social implications,” said Sha Zukang, the Under-Secretary-General for Economic and Social Affairs and Secretary-General of next year’s UN Conference on Socials Development (Rio+20) to be held in Brazil.

“Successful policies are those that promote economic and social development together with human rights protection, more [and] better jobs, social cohesion and less inequality,” Mr. Sha said in an address to the annual opening of the Third Committee of the General Assembly, which deals with social, humanitarian and cultural affairs.

In his speech, delivered by Thomas Stelzer, the Assistant Secretary-General for Policy Coordination and Inter-Agency Affairs, Mr. Sha stressed that the world must design ways of integrating social and economic policies to ensure “people-centred recovery and long-term” sustainable development.

The official highlighted three approaches that he said could facilitate the achievement of inclusive and sustainable development.

“First, in the current economic climate, it is important to maintain our commitment to poverty eradication and social justice. We must retain and strengthen social objectives, not to diminish them,” he said, noting that countries must safeguard growth-enhancing social expenditures even at they strive to bring fiscal deficits under control.

“Second, experience has shown that job creation is paramount. As policy responses to the current crises are developed, jobs are needed for inclusive recovery and poverty reduction.

“Third, the establishment and expansion of social protection floor is also imperative. Such a floor protects people from extreme poverty and deprivation. And it functions as an automatic stabilizer by supporting aggregate demand during economic downturns,” said Mr. Sha.

He said the Rio+20 will be an opportunity to integrate social concerns with the economic and environmental pillars of sustainable development.

“We know that a green economy must support poverty eradication. That is why we continue to explore… ways in which a green economy can create jobs for the poor and sustainable livelihoods,” added Mr. Sha. 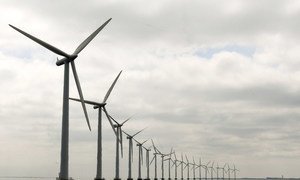 Sustainable development will be critical to achieving long-term progress, Secretary-General Ban Ki-moon told foreign ministers from Spanish and Portuguese-speaking countries in Europe and the Americas today in New York.