The small island States of Saint Lucia and Dominica today at the United Nations urged the world to pay greater attention to their vulnerability to natural disasters, particularly hurricanes, so they can improve their response mechanisms and recovery efforts.

“Almost every year, gains made during the first half of the year are eroded in the last quarters by weather-related phenomenon,” Donatus St. Aimee, Saint Lucia’s Permanent Representative to the UN, told the General Assembly on the final day of its general debate in New York.

Saint Lucia is still recovering from Hurricane Tomas which struck the island last October, he said.

His counterpart from Dominica, Vince Henderson, told the Assembly that “each year’s recovery efforts could become next year’s destruction point.”

Ambassador Vince Henderson of the Commonwealth of Dominica

“For reasons such as these, each year we come before this Assembly to report not only the deterioration of the environment, but also the deterioration of climate change negotiations,” said Mr. Henderson.He called for an accelerated transition to clean sources of energy, stating the climate change was an “energy-related issue” that could be addressed by the increasing availability of renewable energy. He pointed out that Dominica has over the past decade been working towards developing its geothermal potential with assistance from international partners.

The country was aims to replace its use of fossil fuel-generated power with carbon-free power generation by 2020.

♦ Receive daily updates directly in your inbox - Subscribe here to a topic.
♦ Download the UN News app for your iOS or Android devices.
small|island 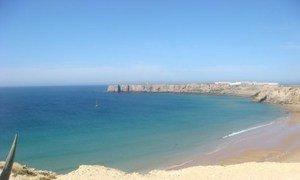 Representatives of small island States took to the podium at the General Assembly today to exhort the world to pay greater attention to their vulnerability to climate change, stressing that sustainable development will not be possible as rising sea levels threaten to swamp them.