Another three countries sign up to key UN protocol on biodiversity

Three African countries have signed a key protocol to a United Nations treaty aimed at encouraging more equitable sharing of the world’s genetic resources and their benefits, as the annual UN event to promote support for global pacts and conventions resumed today.

Niger, Cape Verde each added their signatures to the Nagoya Protocol on Access to Genetic Resources and the Fair and Equitable Sharing of Benefits Arising from their Utilization to the Convention on Biological Diversity.

The protocol now has 61 signatories, but will only enter into force some 90 days after 50 countries have consented to be bound by it, which means they must ratify the text. So far no countries have done that.

The protocol envisages the setting up of an international regime on access and benefit sharing of genetic resources, which will lay down the basic ground rules on how nations cooperate in obtaining genetic resources, according to the administrative offices of the 193-member Convention on Biological Diversity (CBD), which drafted the protocol.

It outlines how benefits – for example, from when a plant's genetics are turned into a commercial product, such as medicine – will be shared with countries and communities which conserved and managed that resource, in some cases for millennia.

Cape Verde and Mozambique also signed a protocol on biosafety today, while Honduras acceded to a convention on the treatment of hazardous chemicals and pesticides in international trade.

Chile deposited its ratification of a convention on the safety of radioactive waste management with the UN International Atomic Energy Agency, while Poland agreed to be bound by a protocol on explosive remnants of war.

Niger became the latest country to sign a multilateral agreement to set up an international think tank on the needs of landlocked developing countries (LLDCs), which is to be established in Ulaanbaatar, Mongolia.

San Marino and Chile each took treaty actions relating to elements of the International Criminal Court.

The treaty event is the UN’s annual attempt to encourage States to ratify, accede or sign up to global conventions and therefore promote the application of international law. 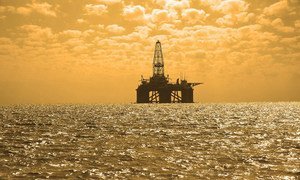 Thirteen countries today signed a key protocol to a United Nations treaty promoting a more equitable sharing of the planet’s genetic resources and their benefits as the annual UN event aimed at encouraging States to sign, ratify or accede to various global pacts and accords kicked off.