Afghanistan is negotiating strategic partnerships with its international partners, including the United States and the European Union, to guarantee the country’s security, stability and economic development once international forces in the Asian nation leave in 2014, the country’s Foreign Minister told the General Assembly today.

“In the context of these future partnerships, the principle of Afghan sovereignty, and the centrality of the Afghan State, must be given credence – that the manner of our continued partnership should conform to the requirements of a sovereign Afghanistan,” said Zalmai Rassoul, delivering an address on behalf of President Hamid Karzai.

Mr. Karzai was in New York earlier this week to attend the Assembly’s annual general debate but returned to Afghanistan after the assassination of Burhanuddin Rabbani – the former president who had been serving as a peace envoy.

Dr. Rassoul said that all “parallel structures” created by the international community, including security, governance and development arrangements, would have to be dismantled to make way for the emergence of genuine and capable indigenous institutions.

He said the role of the United Nations must also be adjusted to the requirements of Afghan sovereignty.

“I welcome the review of the mandate of the United Nations Assistance Mission for Afghanistan [UNAMA] as authorized by the Secretary-General. Over the months ahead, we look forward to participating in this review and its desirable conclusion.”

Dr. Rassoul pointed out the Afghanistan had over the past decade undertaken numerous initiatives to promote regional cooperation with a view to boosting trade and other economic activities.

The country had, however, learned that unless there are bold moves to address political differences and the lack of trust and confidence the divides the region, cooperation will remain just an aspiration.

A regional conference convened by Turkey in Istanbul on 2 November will focus on political and security issues, he said.

The Foreign Minister said the current Afghan administration had a reconciliation policy that is based on a commitment to making the political process more inclusive and providing Taliban militants and other extremists based outside the country with an alternative to violence.

“Clearly, without sincere cooperation from regional and international partners, notably the Islamic Republic of Pakistan, this strategy will not succeed,” he added. 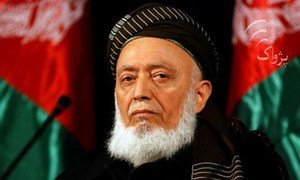 The Security Council strongly condemned yesterday’s terrorist attack in Afghanistan that claimed the life of former president Burhanuddin Rabbani and wounded several others.