The United Nations peacekeeping mission in South Sudan (UNMISS) today welcomed the statement of the country’s Government that it had taken action against police officers who were responsible for an assault against a UN member of staff last month.

Benedict Sannoh, the head of UNMISS’ human rights section, was severely beaten by police officers in a hotel in the country’s capital, Juba, on 20 August. He sustained injuries when he was punched and kicked as he lay on the floor and was subsequently detained for several hours.

The South Sudanese Government today announced that two officers involved in the assault had been suspended on allegations of using excessive force, and that four other policemen had been punished for their role in the assault.

“I welcome the steps taken by the Government. This incident was completely unacceptable and a clear violation of the Status of Forces Agreement with the Republic of South Sudan,” said Hilde F. Johnson, the Special Representative of the Secretary-General for South Sudan.

“I have previously raised this issue at the highest levels of Government. I am encouraged that today we have seen the Government take measures against those responsible,” she added.

Ms. Johnson said UNMISS had also welcomed the Government’s reassurance that such actions would not happen again, adding that the mission was ready to assist the Government to uphold the values of the UN and provide human rights training to its security personnel. 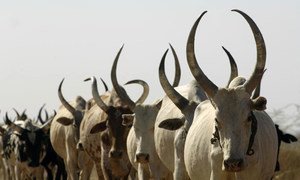 The United Nations peacekeeping operation in South Sudan (UNMISS) has dispatched a verification team to the site of a fresh round of deadly clashes and cattle rustling attacks in the new country.