The United Nations peacekeeping operation in South Sudan (UNMISS) has dispatched a verification team to the site of a fresh round of deadly clashes and cattle rustling attacks in the new country.

UNMISS spokesperson Aleem Siddique confirmed to the UN News Centre today that a team has been sent to verify the extent of the attacks, which occurred last weekend in Unity state in the north of the landlocked country.

Media reports indicate at least 46 people were killed in the latest clashes, in which youths from a neighbouring state travelled to Unity to steal cattle. About 5,000 cows are reported to have been taken.

Cattle have enormous material and symbolic value in South Sudan, where bride prices are often paid in cows, and there have been increasingly frequent rustling raids in recent months, particularly between different ethnic groups.

Last month Hilde Johnson, the head of UNMISS and the Secretary-General’s Special Representative for South Sudan, urged all ethnic communities to exercise restraint.

“This cycle of violence must stop,” she said. “That so many people have been killed or injured again in such wanton destruction is unacceptable.”

South Sudan became independent from Sudan on 9 July after voters overwhelmingly approved the option in a referendum in January. 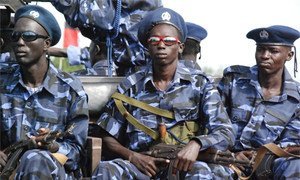