The Security Council today strongly condemned the persistent attacks by the Lord’s Resistance Army (LRA) across Central Africa, demanding that the group end its atrocities against civilians and that its members disarms and surrender.

Attacks by roaming bands of LRA insurgents have displaced more than 380,000 people across Central Africa, the Council said in a press statement read by Ambassador Peter Wittig of Germany, which holds the rotating presidency of the Security Council this month.

“The members of the Security Council expressed their deep concern that the Council’s previous calls for the LRA to cease its attacks, halt the recruitment, abduction and use of children, and to release all women, children and non-combatants, have not been heeded.

“The members of the Security Council demanded an end to all attacks on civilians by the LRA, and urged all LRA elements to surrender and disarm,” said the statement.

The Council commended military operations by the Central African Republic (CAR), the Democratic Republic of the Congo (DRC), South Sudan and Uganda against the LRA, and stressed the importance of sustained coordinated action by those governments to bring the problem to an end.

The United Nations body welcomed the leadership shown by the African Union (AU) in its recent initiative in which it proposed a range of measures to lead to the implementation of a comprehensive strategy to tackle the LRA threat.

The AU measures go beyond military action and have prioritized the protection of civilians and the process of demobilization, disarmament, repatriation, resettlement and reintegration.

The Council welcomed the information shared by Ambassador Téte António, the Permanent Observer of the AU to the UN, on the AU proposals for a regional task force, joint operations centre and joint coordination mechanism.

The press statement underlined the need for all action against the LRA to be conducted in compliance with applicable international humanitarian, human rights and refugee law and the need to protect civilians.

The Council encouraged all UN offices in the LRA-affected region to further enhance information-sharing and coordination with all relevant actors and undertake more regional assessments and programming, particularly with regard to the humanitarian response and the protection of civilians.

It requested the UN Office for Central Africa (UNOCA), in coordination with UN Office to the African Union (UNOAU), to engage with the AU and facilitate cooperation between the UN and the pan-African body on issues related to countering the threat. 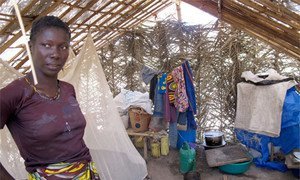 The rebel Lord’s Resistance Army (LRA) killed 26 persons in 53 separate attacks on villages in the Democratic Republic of the Congo (DRC) last month, the United Nations Office for the Coordination of Humanitarian Affairs (OCHA) reported today.