20 July 2011
Relief agencies require another $4.3 billion to assist millions of needy people around the world during the second half of this year, the United Nations humanitarian chief said today, adding that donors have so far made available 45 per cent of the funds requested at the start of 2011.

UN agencies and their partners had asked for $7.4 billion for humanitarian emergencies in 2011, but that figure has since risen to $7.9 billion as a result of increasing needs in some regions, including the Horn of Africa, where a severe drought has left 11.5 million people in need, Valerie Amos, Under-Secretary-General for Humanitarian Affairs, told reporters in Geneva.

Some $3.6 billion of the requested amount has been received, Ms. Amos said after presenting a mid-year review of the status of humanitarian funding to UN Member States.

“Our key concern is that there are persistent imbalances in funding among crises,” said Ms. Amos, who is also the UN Emergency Relief Coordinator. “The funding percentages of different appeals range from 29 per cent to 60 per cent.”

The least-funded appeals are the regional appeal for West Africa and the funding requests for Zimbabwe, Djibouti and Niger.

“We expect humanitarian needs in the second half of 2011 and in 2012 to continue, at least at current levels, as the effects of high commodity prices, adverse weather conditions, disasters and conflicts persist,” said Ms. Amos.

“As I said to donors during our mid-year review launch, I hope that they will close the funding gaps. It will make a big difference to the millions of people we need to help,” she added.

The launch of the mid-year review of the Consolidated Appeals Process (CAP) coincided with the classification of the drought emergency in southern Somalia as a famine in two regions.

In response to a question, Ms. Amos said that child malnutrition levels in parts of southern Bakool and Lower Shabelle regions of Somalia had risen to 50 per cent, with mortality rates exceeding six deaths per 10,000 people a day.

More than 100,000 malnourished children had been treated in 800 nutrition centres throughout Somalia between January and May 2011. A total of 554,000 children in southern Somalia are suffering from malnutrition, she added.

Other drought-affected Horn of Africa countries that require humanitarian assistance are Djibouti, Ethiopia and Kenya. Newly-independent South Sudan, Yemen, Côte d’Ivoire and Libya, among others, will also require significant humanitarian interventions this year.

UN advises ending use of commercial blood tests for tuberculosis 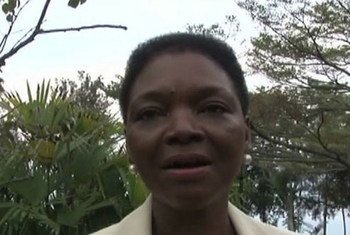 19 July 2011
Given that humanitarian emergencies around the globe are likely to increase, not decrease, in the future, it is necessary to strengthen partnerships to respond adequately when needs arise, improve preparedness and ensure predictable funding, the United Nations relief chief said today.