The United Nations human rights office today voiced concern about measures being taken by authorities in Malaysia, including restricting freedom of expression, ahead of a peaceful demonstration scheduled for this Saturday.

The Office of the High Commissioner for Human Rights (OHCHR) has recently been receiving reports of a crackdown, including harassment, intimidation, arrests and threats, targeting members of the Coalition for Clean and Fair Elections (Bersih).

“According to reliable sources, at least 150 people have been summoned, arrested or charged, including a number of opposition members of Parliament,” Rupert Colville, OHCHR’s spokesperson in Geneva, told reporters.

“We are very concerned about the various measures that are being taken by the authorities to restrict freedom of expression in Malaysia, including preventive detention, and the Government’s decision to reportedly declare Bersih an unlawful organization,” said Mr. Colville.

“We call on the authorities to release all those being detained for peacefully exercising their freedom of expression.” 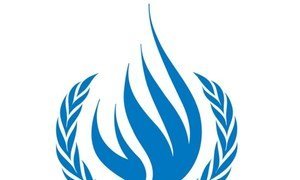 Two United Nations experts today urged Malaysian authorities to review the case of a Malaysian human rights activist, who was convicted yesterday for publishing a memorandum alleging human rights abuses against migrant workers and sentenced to a year in prison.