The top United Nations human rights official today stressed the need to ensure that the “promising” first steps taken by some countries in the Middle East and North Africa in response to calls for reform are followed up with measures to ensure a sustainable transition to democracy.

“Experience shows that democratic transition is incomplete if it fails to include appropriate institutional reforms,” High Commissioner for Human Rights Navi Pillay said in her opening statement to the 17th session of the UN Human Rights Council in Geneva.

She said the necessary reforms include transitional justice processes, which are indispensable for the proper functioning of a democratic system, primarily an independent and impartial judiciary, effective national human rights institutions, and security forces which are subjected to civilian oversight, so that they act as guarantors of the rule of law.

“Failure to adequately strengthen new institutions tends to lead not only to impunity for past human rights violations but to further violations, corruption and organized crime,” she warned.

Ms. Pillay noted that when popular protests began erupting earlier this year in North Africa and the Middle East, it was quickly dubbed 'the Arab Spring' – a phrase which captured intense optimism and appeared to herald a new era of freedom and hope following “decades of denial” of civil, cultural, economic, political and social rights, as well as the right to development.

“The promising first steps taken by some countries in addressing the calls for change, including initiation of important reforms long-promised, are welcome and should be further encouraged,” said the High Commissioner, noting that the focus must remain on addressing the range of issues that first brought the people to the streets.

At the same time, Ms. Pillay stated, “as spring turns to summer, we are feeling the heat of the terrible events in some parts of the region, as we continue to witness legitimate claims being met with repression and extreme violence by forces determined to extend the dark winter.”

She said the brutality and magnitude of measures taken by the Governments in Libya and now Syria have been “particularly shocking” in their outright disregard for basic human rights, while also highlighting the “heavy-handed repression” of protests, including the use of lethal force, in Bahrain and Yemen.

She urged the Syrian Government to respond to her request to dispatch a fact-finding mission. The Office of the High Commissioner for Human Rights (OHCHR) is slated to visit Yemen in late June, and the Government of Bahrain has just responded last week to a request to send a mission to the country.

“Resort to lethal or excessive force against peaceful demonstrators not only violates fundamental rights, including the right to life, but serves to exacerbate tensions and tends to breed a culture of violence,” stressed Ms. Pillay.

“The appropriate response is for the authorities to engage in a national, inclusive dialogue to address protestors' legitimate demands.

“Repression will not put an end to the inexorable aspiration of people who are legitimately claiming their rights, and demanding the construction of a state that will seek to protect and serve them rather than the exclusive interests of those governing,” she said.

She also highlighted the need to actively involve civil society and the media in the construction of new democracies, as well as put an end to impunity and ensure accountability 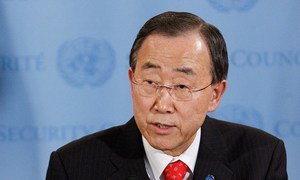 Arab leaders who have faced popular uprisings in their countries this year have been too slow to make the necessary reforms and compromises to meet the demands expressed by the public, Secretary-General Ban Ki-moon has said.