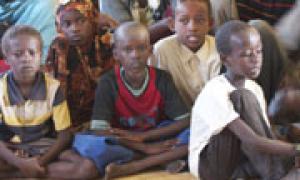 An increasing number of parties to armed conflicts around the world are deliberately attacking schools or forcing them to close in a disturbing and growing trend, according to a United Nations report released today.

The annual report of the Secretary-General’s Special Representative for Children and Armed Conflict finds that out of 22 conflicts that were monitored, attacks against schools and hospitals were reported in at least 15.

The physical damage or destruction of schools is the most re-occurring violation, but there are also reports of schools being closed because of military occupation or direct threats.

“The infrastructure of schools have been physically destroyed by armed actors, and students and educational personnel have been attacked, threatened or intimidated,” the report states.

“In some situations, girls and girls’ schools have been specifically targeted. The use of schools by armed elements has, in certain circumstances, compromised the civilian nature of schools and put students at risk.”

The report recommends that the Security Council agrees to add the armies, rebel militia and other insurgent groups that target schools to its “list of shame” that already includes groups that recruit or use child soldiers, kill or maim children or commit acts of sexual violence against them.

Issuing the report today, Radhika Coomaraswamy, the Secretary-General’s Special Representative, stressed that schools must always be safe places of learning for children.

“They should be zones of peace. Those who attack schools and hospitals should know that they will be held accountable,” she said.

No parties were taken off the shame list in the report, which covers 2010, but four more were added – two in Yemen and two in Iraq. The Yemeni groups named were pro-Government tribal militia and al-Houthi rebels, both for recruiting and using child soldiers. The Iraqi groups cited were the insurgent group known as the Islamic State of Iraq, and Al-Qaida in Iraq, including its armed youth wing known as the Birds of Paradise.

Ms. Coomaraswamy told journalists that naming and shaming parties was important because it acted as a catalyst for them to change their practices, and in some cases has led to the framing of action plans for ending the recruitment and use of child soldiers.

In Afghanistan, the UN and the Government recently reached an agreement to release children from the Afghan national security forces and to put in place age verification measures to prevent under-age recruitment.

Progress has also been made in the Philippines, Sudan and Somalia, and Ms. Coomaraswamy said she was encouraged that more and more parties on the shame list are approaching the UN to enter into an action plan.

Overall, the Special Representative stressed, 2010 was “another tragic year” for the world’s youngsters.

The report stressed that all parties to conflict, including international forces mandated to intervene, must meet their obligations under international humanitarian and human rights law.

A new United Nations report voices serious concern about the continued recruitment of children by armed groups in the Central African Republic (CAR) and calls for measures to address the ongoing “protection crisis” in the country.