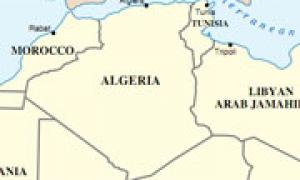 An independent United Nations human rights expert today called on Algeria to guarantee the right to freedom of opinion and expression as part of its ongoing political reforms, noting that journalists still face a number of challenges in carrying out their work.

“I would like to reiterate the importance of fully guaranteeing the right of all individuals to freedom of opinion and expression, and access to information, which are essential in a truly democratic society,” said Frank La Rue, who just concluded a weeklong visit to the country.

“This visit has been very timely given the growing demand of the people for more openness and the full guarantee of their right to freedom of expression, as well as the expressed desire of the Government to embark on a new process of political change, including constitutional reforms,” said Mr. La Rue, the Special Rapporteur on the right to freedom of opinion and expression.

Algeria has come a long way since the 1990s, during which 100 journalists were killed, he noted in a news release, adding that journalists no longer fear for their lives while performing their work.

“Nevertheless, journalists face a number of challenges and legal intimidation that impede their important work,” he said.

Mr. La Rue urged the Government to urgently decriminalize defamation, which he said has “a chilling effect” on the right to freedom of expression by generating an attitude of self-censorship among journalists.

“Defamation should never be used to stifle criticism of State institutions and policies,” he added, welcoming the announcement by the President to decriminalize press offences.

While welcoming efforts to provide increased Internet access to eight million users through libraries and public Internet centres, the Special Rapporteur did note that the social networking site Facebook had become inaccessible for a short period during the recent events in neighbouring countries.

An independent United Nations human rights expert has called on Algeria to take concrete measures against the gender inequality underlying violence against women, which she called a largely hidden problem because of the North African country’s social taboos around violence.