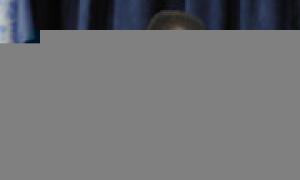 “The current fighting in Belet Xaawo has forced thousands of people to flee anew, both within the country and across the border into the town of Mandera in Kenya. The people remaining in Belet Xaawo are moving out of the town due to lack of water and food,” said Under-Secretary-General for Humanitarian Affairs Valerie Amos, who visited Somalia last month.

“During my recent visit to the country I was especially concerned about increased displacement and the worrying effects of drought on extremely vulnerable people. Now, that concern has increased still further,” she told a news conference in New York.

Fighting between Somalia’s Transitional Federal Government and Al-Shabaab Islamic militants in the southern Belet Xaawo area has driven thousands of Somalis from their homes as well as some 5,500 residents of the Kenyan border town of Mandera, while a flare-up of conflict in Mogadishu, Somalia’s capital, has displaced 4,400 people in the last nine days, according to the UN High Commissioner for Refugees (UNHCR).

Accounts from Mandera indicate that both the TFG and Al-Shabaab are mobilizing their forces for a possible confrontation, Ms. Amos said, voicing growing concern at reports of a rising civilian toll attributable to all parties to the conflict. “I again urge all parties to the conflict and AMISOM [the African Union peacekeeping mission in Somalia] to comply with international humanitarian law in order to minimize harm to the civilians,” she added.

According to ambulance services and hospital sources in Mogadishu, 62 civilians have been killed there and 232 others wounded in the last two weeks, the UN Office for the Coordination of Humanitarian Affairs (OCHA) said.

The recent fighting in Belet Xaawo and Mogadishu has hindered aid deliveries, the Office added, with none taking place at all in Belet Xaawo at the moment as the security situation remains tense.

The drought in Puntland, northern Somalia, continues to deteriorate, with water shortages reported in many parts, and drought-affected people are still moving into Mogadishu, but at a lower rate due to the recent surge in fighting, OCHA stated. Both UN agencies and national bodies are bringing in water.

In the past week the UN World Food Programme (WFP) delivered 1,470 metric tons of mixed food to 168,600 people through emergency school and institutional feeding and general food distribution. In central regions, it is collaborating with eight non-governmental organizations (NGOs) to support some 18,200 malnourished children and pregnant and lactating women.

Somalia has lacked a functioning central government since 1991 and had been plagued by factional fighting ever since.