The United Nations began laying the groundwork today for a global “social protection floor” that would guarantee food security, health services for all and old-age pensions, with a senior official stressing that all that is lacking is the political will for an initiative needing minimum investment.

“Social security is a human right. We’ve forgotten that for a very long time, but roughly only 20 per cent of the global population has actually access to social protection mechanisms that actually provide them with a safety mechanism against food poverty at least,” said UN International Labour Organization (ILO) Social Security Department Director Michael Cichon.

“And what’s a real scandal is you only need 2 per cent of global GDP [gross domestic product] to basically give security systems to all of the world’s poor,” he told a news conference in New York as the UN Commission for Social Development met to discuss social protection.

Today’s session is in preparation for an ILO meeting in June with tripartite delegations of Governments, employers and workers from all 183 member States of the agency to draw up a long-term social protection strategy.

At a meeting in Oslo last September, ILO Director-General Juan Somavia and International Monetary Fund (IMF) Managing Director Dominique Strauss-Kahn agreed to explore the concept of a “social protection floor” for people living in poverty and those in vulnerable situations within the context of a medium to long-term strategy.

“Social transfers are the most powerful tool that a country has to redistribute income and combat poverty,” Mr. Cichon said. “It has a direct impact on poverty, inequality, on social and economic development. In Europe and OECD [Organization for Economic Cooperation and Development] countries, 50 per cent of poverty is reduced by social transfers. And yet 80 per cent of the global population does not access.

He highlighted social transfers, social security, pensions, basic health care, basic family benefits as tangible elements, noting that in Brazil for example, the Bolsa Familia welfare programme, costing 0.5 per cent of GDP – “which is next to nothing” – reaches out to 25 per cent of the population and makes “an enormous difference” in poverty and inequality reduction.

He described the social protection floor as a set of four entitlements guaranteeing basic income security for children, access to some social assistance for people of working age that prevents them from falling into absolute food poverty, a basic old-age pension for people over a certain age, and essential health services for all.

“This isn’t Utopia,” Mr. Cichon. “We can do this with as little as 3 to 4 per cent in a developing country and it will reduce the poverty head count by about 40 per cent. And if you add basic health service you can add on another 20 per cent. I don’t know of any other policy instrument as powerful as that.

“The key challenge is to effect a fiscal space for it,” he added, noting that the fiscal space in Africa grew by 4 per cent from 2004 to 2007. “There’s no reason why we shouldn’t cream off some of that in the next 10 years from basic transfers.”

Currently the world spends 17 per cent on social protection, but that is 19 per cent in developed world and only 4 to 4.5 per cent in developing countries. “There’s a lot of policy space if there is the political will,” Mr. Cichon stressed.

“The key is the political will. There’s no God-given economic law that says you shouldn’t spend more than X on your transfers and on preventing people from falling into deep poverty. There’s just a political decision to make a process that has to be reorganized.”

In the current global economic crisis developed countries are looking to cut deficits and public expenditure, consolidate budgets and finance fiscal stimulus package by cutting back on social expenditure.

“What it means in the end, and I think we should all understand that, is that the old, the disabled, the sick and the poor are going to pay for the crisis for the next few years,” Mr. Cichon warned. “And it’s a pretty straightforward message and a pretty perturbing message” 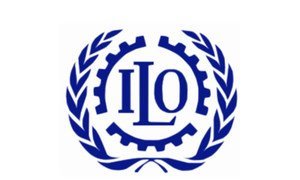 UN study finds most people worldwide have no social security

Basic social security remains out of reach for most people across the world, especially in poorer countries, despite the crucial role it plays in cushioning people from the consequences of economic crises, according to a United Nations report unveiled today.