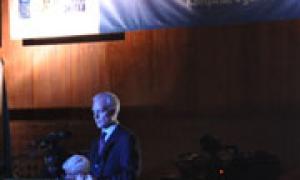 Development models that harness the potential of specific areas can help solve the problem of regional disparities in social advancement in the world’s poorest countries, according to experts attending a United Nations-convened forum on local development.

Participants at the three-day First Global Forum on Local Development, which opened in the Ugandan capital, Kampala, yesterday, stressed the importance of taking a regional or even district or commune-level approach to local development in developing countries.

The application of the local development approach requires that all key actors, including governments, the private sector, financial institutions, civil society and development partners, work together to succeed, according to speakers at the gathering organized by UN Capital Development Fund (UNCDF), the UN Development Programme (UNDP) and the Ugandan Government, and supported by a wide range of partners.

Such a multi-stakeholder approach could build on decentralization efforts to further strengthen local systems of governance and ensure that they are supported by the right policies and informed by data from the local level, they said.

The opening day was attended by 600 people representing 81 countries, including heads of State, and government ministers, as well as representatives of the donor community, international organizations, local governments, local government associations, academia, civil society and the private sector.

The event, the first of its kind, seeks to explore areas in which local government might have untapped potential to accelerate progress towards the Millennium Development Goals (MDGs).

David Morrison, UNCDF Executive Secretary, in his opening remarks spoke about the influence that local circumstances can have on the progress of achieving MDGs, which encompass eight internationally-agreed targets which aim to reduce poverty, hunger, maternal and child deaths, disease, inadequate shelter, gender inequality and environmental degradation.

“A strong consensus is emerging that a new policy approach is needed, one that builds on local knowledge to tailor public policy to specific circumstances,” Mr. Morrison said.

“This should allow for more effective provision of public goods that respond more appropriately to the needs of local communities,” he said, adding that such an approach would help guide decision-makers to “harness local potential and exploit opportunities for economic diversification and development.”

The theme of the first plenary session was “Localizing the MDGs: The Global Context” and speakers pointed out that while development needs are locally specific, they are also often crosssectoral.

Smallholders and rural producers have a vital role to play in overcoming global hunger and poverty, and new and varied partnerships are needed, with particular emphasis on the interests of women, Secretary-General Ban Ki-moon said today.