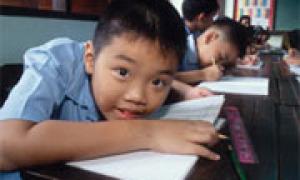 A new joint report by the United Nations and Laos recommends that authorities in the South-East Asian country invest more in education as well as promote good health and decent jobs to achieve their economic and social development targets.

The latest National Human Development Report, produced with the help of the UN Development Programme (UNDP), provides a set of recommendations on how to improve human development in Laos through employment.

Sonam Yangchen Rana, UNDP Resident Representative in Laos, said at the report’s launch yesterday that its theme could not be “more relevant or timely,” given that the Government is formulating the next national socio-economic development plan for 2011-2015.

“Central to the achievement of the economic and social targets set out in the plan for the next five years will be the issue of labour,” she stated.

She added that human development is about putting people at the centre of development. “It is about people realizing their potential, increasing their choices and abilities to make informed decisions to live full and creative lives with freedom and dignity.

“At its most basic level this means making it easier for people to lead long and healthy lives, by acquiring the knowledge and skills to engage in economic activities, having equal access to the resources needed for a decent standard of living and by participating in their community.”

The new report suggests that human development is the highest in the capital, Vientiane, and lowest in the provinces of Sekong, Oudomxay, Attapeu, and Phongsaly.

Ms. Rana noted that in a rapidly changing Laos it is important to think not only about economic growth but also about how it can be enjoyed by everyone.

For example, she said, it is important to think how women can participate as productive members of society at their workplace on a par with men; how young people can gain skills for employment across all sectors; how the benefits of 8 per cent growth in gross domestic product (GDP) can also be shared by the vulnerable groups.

In Laos, as in any society, this relies on the human capacities available to carry out quality work under decent conditions, she stated. “To achieve this we must invest in people from the very beginning, through an improved formal and informal education system, and by promoting good health.”

The other recommendations in the report include improving people’s livelihoods through more and better jobs in the non-farm sector, promoting decent work and ensuring that social safety nets are available to migrant workers.

UNICEF calls for action to stop trafficking of Laotian children

Laos has made considerable strides towards reaching the Millennium Development Goals (MDGs), the eight anti-poverty targets with a 2015 deadline, but the nation must continue its efforts to slash child malnutrition and maternal mortality rates to make the country more competitive in the global economy, Secretary-General Ban Ki-moon has said.