UN agency condemns murders of journalists in Philippines and Honduras

The head of the United Nations agency mandated to protect freedom of expression today condemned the murder of three journalists in the Philippines and the killing of television executive in Honduras this month, urging authorities in both countries to ensure that the perpetrators of the crimes are brought to justice.

“I am convinced that the authorities will not let these shameless attacks against democracy and rule of law go unpunished,” said Irina Bokova, Director-General of the UN Educational, Scientific and Cultural Organization (UNESCO), in a statement issued today

“Journalists and media workers make an essential contribution to debate and dialogue, they are pillars of democracy and as such they are protected by the universal human right of freedom of expression,” said Ms Bokova.

Desidario Camangyan, a 52-year-old presenter with Sunrise FM radio station in the town of Manay in the island of Mindanao was gunned down near his home on 14 June. He was known for his on-air criticism of the local mining and timber industries.

Less than 24 hours after the killing of Mr. Camangyan, another journalist, Joselito Agustin, 37, who worked for the radio station known as Aksyon Radyo Laoag, was also killed as he returned home on a motorcycle. He had often denounced corruption in his programmes.

On 19 June, Nestor Bedolido became the third journalist murdered in the Philippines this month. He worked for a weekly publication known as Kastigador in the Mindanao town of Digos. He was hit by six bullets fired by a killer who escaped in a motorcycle driven by an accomplice.

A report earlier this month by the UN Special Rapporteur on the promotion of the right to freedom of opinion and expression, Frank La Rue, cited the Philippines as one of the countries where the largest numbers of journalists have been killed.

In today’s statement, UNESCO cited figures by the Committee to Protect Journalists (CPJ) which show that 68 journalists have been killed in the Philippines since 1992.

Ms. Bokova also condemned the killing on 14 June of Honduran journalist Luis Arturo Mondragón Morazán, the owner and director of Channel 19 television station, and urged Honduran authorities to stop alarming cases of violence against media personnel in the country. Mr. Morazán was shot dead by two gunmen as he left the station.

“It is essential that this murder, like those that preceded it, is subject to a thorough investigation to stem the tide of alarming violence against media that is crippling democracy in Honduras,” said Ms. Bokova. “It is crucial that the bloodshed ends to uphold the universal right to freedom of expression and the right of Honduran citizens to be informed about what is happening in their country,” she added. 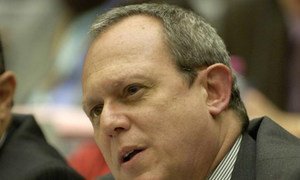 The number of journalists killed last year rose by 26 per cent compared to 2008 and many of the murders were related to investigations into corruption, organized crime and political misdeeds that the reporters were carrying out at the time of their death, a United Nations independent expert said today.