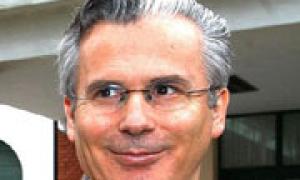 Spain’s General Council of the Judiciary suspended Baltasar Garzón, an investigative judge, earlier this month as part of a criminal investigation by the Spanish Supreme Court into his actions. His case will now go to trial.

Judge Garzón could be sanctioned for “knowingly exceeding his jurisdiction” by investigating a series of complaints relating to more than 100,000 cases of enforced disappearances that are alleged to have occurred during the Spanish civil war and the regime of General Francisco Franco. These cases are allegedly inadmissible because of a Spanish amnesty law introduced after General Franco’s death and the expiration of the statute of limitations.

The five-member UN Working Group on Enforced or Involuntary Disappearances issued a statement today in which they reminded States that they should refrain from introducing amnesty laws that would exempt the perpetrators of enforced disappearances from criminal proceedings and sanctions.

“An amnesty law goes against the provision of the Declaration [on the Protection of All Persons from Enforced Disappearance] when the State ends its obligations to investigate, prosecute and punish those responsible for disappearances, even where endorsed by a referendum or similar consultation procedure,” the working group.

The human rights quintet also stressed the right to truth which should be enjoyed by the families of the victims of enforced disappearances in Spain. Reconciliation between the State and the victims cannot happen without the clarification of each individual case, they added.

♦ Receive daily updates directly in your inbox - Subscribe here to a topic.
♦ Download the UN News app for your iOS or Android devices.
disappearance

A United Nations human rights group today will begin reviewing more than 200 cases of disappearances around the world, as the body commemorates its 30th anniversary.