The United Nations today for the first time named the military forces and rebel groups that are the most persistent violators of children in armed conflicts, identifying groups in Asia, Africa and Latin America which continue to recruit child soldiers and use them to wage war.

The annual report of the Secretary-General’s Special Representative for Children and Armed Conflict shows that 16 different armies and insurgent groups – in conflicts ranging from the Philippines and Myanmar to Darfur, the Democratic Republic of the Congo (DRC) and Colombia – have recruited or used child soldiers for at least the past five years.

The report also identifies the groups which subjects minors to the most brutal violence, such as killings, maimings, rapes and other sexual assaults.

Radhika Coomaraswamy, the Special Representative for Children and Armed Conflict, warned that “we still live in a world with those who would use children as spies, soldiers, and human shields.

“The shifting nature of conflict has put many children on the front lines. Too often children become collateral damage during military operations. Every year the release of this report should give us pause. Let us remember that we must protect the most innocent and most vulnerable,” she added.

The Revolutionary Armed Forces of Colombia (FARC) and the National Liberation Army (ELN) continue to recruit and use child soldiers in their fight against Government forces and paramilitary groups in the South American country, the report noted.

In the DRC, the report named violators on both sides of the conflict still flaring in the east – the national army (known as the FARDC) and the rebel Congress for the Defence of the People (CNDP), Democratic Forces for the Liberation of Rwanda (FDLR), Nationalist and Integrationalist Front (FNI), the Lord’s Resistance Army (LRA) and various militias that are known as the Mai-Mai.

In Sudan, pro-Government militias in Darfur and the southern-based Sudan People’s Liberation Army (SPLA) were included in the list, while Somalia’s Transitional Federal Government (TFG) was also named.

Burundi has been removed from the annexes to the report following UN verification that all children associated with the National Liberation Forces (FNL) have been reunited with their families and that the group has ceased recruitment.

By contrast, some groups have been named for the first time as recruiting or using children in armed conflict. These include the Afghan National Police, the rebel Convention of Patriots for Justice and Peace in the Central African Republic (CAR) and Somalia’s Hizbul Islam militia.

Somalia’s Al-Shabaab, an Islamist rebel force, and the TFG both stand accused of killing and maiming children in the Horn of Africa country.

Several groups involved in fighting in the eastern DRC were named as being responsible for rapes and other forms of sexual violence against children. They are the FARDC, LRA, FDLR, the Patriotic Resistance Forces in Ituri district (FRPI), the FNI and the Mai-Mai.

The report lists several recommendations to the Security Council for consideration, including more vigorous measures against those groups and individuals who persistently commit grave violations against children. The Council will discuss the report at an open debate next month.

♦ Receive daily updates directly in your inbox - Subscribe here to a topic.
♦ Download the UN News app for your iOS or Android devices.
coomaraswamy 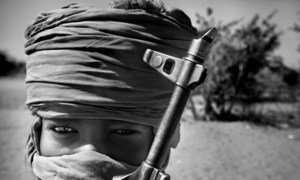 Two senior United Nations officials today urged an immediate halt to the recruitment and use of child soldiers in Somalia, where they say the practice is growing and affects children as young as nine years old.