A United Nations trust fund set up as part of the international fight against maritime piracy today announced plans to support a series of five projects that are aimed at assisting Somalia and its neighbours to tackle the scourge.

B. Lynn Pascoe, Under-Secretary-General for Political Affairs and chair of the Board of the Trust Fund to Support Initiatives of States Countering Piracy off the Coast of Somalia, unveiled $2.1 million of projects after a meeting of the fund at UN Headquarters in New York.

The five projects being backed by the fund, which was set up in January by the Contact Group on Piracy off the Coast of Somalia, are focused largely on efforts to prosecute piracy suspects.

Four projects will help strengthen institutions in the Seychelles and the autonomous Somali regions of Puntland and Somaliland in such areas as mentoring prosecutors and police, building and renovating prisons, reviewing domestic laws in piracy and increasing the capacity of local courts. A fifth project aims to help local media disseminate anti-piracy messages within Somalia.

The Seychelles, as well as Kenya, has become a regional centre for the prosecution of pirates, who menace the coast of Somalia and disrupt international shipping routes near the Horn of Africa.

Mr. Pascoe stressed today that the piracy off the Somali coast has become a problem not just for the immediate region, but for the wider world as well.

“Prosecuting suspected pirates is an important piece of the international strategy to combat the problem,” he said, adding that the fund needs fresh donations so that it can back other projects in the future.

Already it has established an emergency funding facility that offsets the costs involved in prosecuting piracy suspects, such as travel expenses for witnesses, court equipment and the transport of suspects. 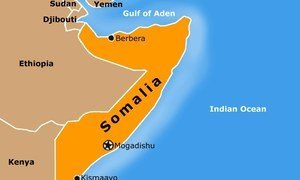 Continuing piracy-related incidents off Somalia and their increasing sophistication illustrates the weaknesses of an entirely sea-based approach to combating the scourge, a senior United Nations official said today.