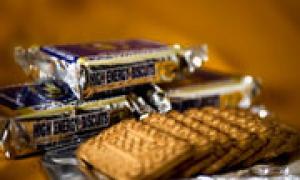 The UN Population Fund (UNFPA) is currently assisting some 30,000 women and girls of reproductive age in the worst affected areas, including over 1,650 pregnant women.

Early food and nutrition assessments reveal approximately 38,000 households, or 190,000 people, in the most affected areas are experiencing temporary shortages of staple foods such as rice, the UN Office for the Coordination of Humanitarian Affairs (OCHA) reported.

The Government estimates that rehabilitation and reconstruction will cost $745 million after the quake and aftershocks on 30 September triggered landslides, wiping out entire villages, killing an estimated 1,117 people, injuring 1,214 others and affecting is 1.2 million.

Funding for emergency water trucking is urgently needed for the next two months. Only 20 percent Padang City's population is connected to the water network, and an estimated 650,000 people rely on trucking or bottled water for daily supplies.

The West Sumatra Humanitarian Response Plan, launched on 9 October in partnership with the Government, is seeking $38.1 million for emergency needs to be addressed within 90 days. The UN Central Emergency Response Fund (CERF) has already allocated nearly $7. Additional donor contributions for several non-governmental organizations (NGOs) have been reported, raising the funding total to nearly $12 million.

Finding shelter tops the list of priorities for emergency relief agencies scrambling to help hundreds of thousands of people in Indonesia devastated by last month’s powerful earthquake off the coast of the island of Sumatra, the United Nations Office for the Coordination of Humanitarian Affairs (OCHA) said today.