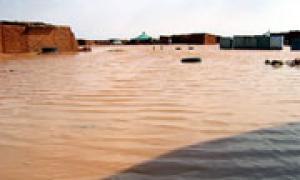 The United Nations and its humanitarian partners today launched a flash appeal for $10 million to provide six months of aid to nearly 180,000 typhoon victims in some of the poorest regions of Laos.

According to the Laotian Government, 482 villages across five southern provinces were affected by floods and landslides due to last month’s passage of typhoon Ketsana, which damaged infrastructure and limited or totally cut off access to the majority of victims living in mountainous and remote areas, the UN Office for the Coordination of Humanitarian Affairs (OCHA) said.

The storm struck at a time when household food stocks were at their lowest levels and farmers were preparing for the upcoming harvest, exacerbating food insecurity by destroying stocks and damaging crops.

Government agencies, with support from humanitarian organizations, launched extensive search and rescue operations and released emergency relief stocks. The Government released more than $1.3 million for emergency relief, but the extent of the damage requires additional resources to alleviate the suffering of those affected, OCHA said.

Initial assessments by humanitarian agencies have identified the most immediate needs in the affected provinces as food, drinking water, health, sanitation, shelter and road clearance for access. The flash appeal will be revised once results from detailed assessments become available.

The typhoon and a second one that followed also wreaked havoc in the Philippines, where the international humanitarian community earlier this month launched a $74 million appeal for immediate aid for more than 1 million victims. Some $19 million, or 27 per cent, has so far been pledged or contributed.

The United Nations is ramping up its relief operations in flood-stricken South-East Asia, appealing for donor support and rushing food to southern Laos where some 250,000 people have been hit by typhoon-spawned rain that have already affected an estimated 3 million in the Philippines.