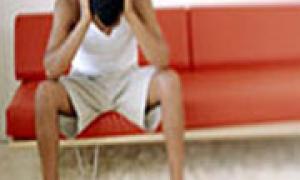 Around 1 million people die of suicide every year, more than by any other type of violence, including armed conflict, an official from the United Nations health agency noted today, stressing the need for greater efforts to tackle this preventable cause of death.

Speaking on the occasion of World Suicide Prevention Day, Werner Obermeyer from the World Health Organization (WHO) said numerous events were being held around the globe to focus public attention on this one single fact – that suicide is preventable.

According to WHO, an average of almost 3,000 people commit suicide every day, and for every person who completes a suicide, 20 or more may attempt to end their lives.

“More people are killed by suicide than any other type of violence, including armed conflict, each year,” Mr. Obermeyer told a news conference in New York, adding that it is the tenth largest cause of death globally. Also, 90 per cent of suicides are related to mental disorders, including depression, and substance abuse.

With the sponsoring International Association for Suicide Prevention, WHO and other partners advocate for the prevention of suicidal behaviour, provision of adequate treatment and follow-up care for people who attempted suicide, as well as responsible reporting of suicides in the media.

The theme of this year’s Day, observed annually on 10 September, is prevention in different cultures. “It highlights the fact that all cultures are affected by suicide and that the strategies that we are working on to prevent suicides should take this dimension into account,” he stated.

He added that indigenous communities are disproportionately affected by suicides and WHO will be launching next year at the Permanent Forum for Indigenous Issues an inter-agency effort to sharpen its focus on indigenous peoples, particularly in developed countries where they are more at risk.

Brian Mishara from the International Association for Suicide Prevention also highlighted the fact that more people kill themselves each year than are killed in all wars, terrorist acts and homicides.

“Yet we give a large attention every time there is a death by homicide and very little attention to the million lives lost worldwide to suicide,” he said.

He noted that, on the positive side, Europe and the Asia-Pacific regions have witnessed a downward trend in suicide rates, which he believed was linked to national suicide prevention strategies in a number of countries.

However, the highest risk group in these regions and worldwide is men over age 85 “and there is no indication that the suicide rates for that group have been declining.” It’s very rare, he said, that countries target the elderly as a risk group in national prevention efforts, most of which focus on young people.

One of the main reasons why suicide is so high among the elderly has to do with social support. “The elderly who die by suicide are more often men who have lost their wives and are socially isolated. Elderly who are living surrounded by family and getting good social support are much less at risk,” said Mr. Mishara.

In addition, the elderly are “under-treated” for problems like depression, even though research shows that older people respond as well or better to treatment than younger people. Another issue is that some of the kinds of medications prescribed to the elderly – for example, those for Alzheimer’s disease – have depression as a common side-effect.

He added that the most common method of committing suicide worldwide is ingesting poisons, and the most common poisons are pesticides. This approach is very common in Central and South America, the Caribbean and Asia.

Mr. Mishara also noted that one of the most disheartening issues in suicide prevention involves the media.

“We have over 150 research studies indicating that when there are sensational media reports on suicide, there is a tendency for increased suicides within the following weeks by people who identify with the victim who got publicized for the act.”

There have been efforts to try to improve the way that media report on suicide, including updated guidelines published last year by WHO and the International Association for Suicide Prevention, he added.

♦ Receive daily updates directly in your inbox - Subscribe here to a topic.
♦ Download the UN News app for your iOS or Android devices.
mental health|Suicide prevention

Greater efforts are needed to address the difficulties in providing mental health care and protecting the human rights of those with severe disorders, Secretary-General Ban Ki-moon said today, urging scaled up resources to provide care to those who need it.