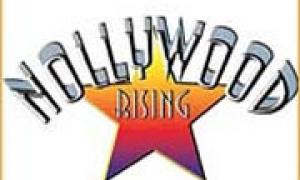 According to the UNESCO Institute for Statistics (UIS) survey, Bollywood – as the Mumbai-based film industry is known – produced 1,091 feature-length films in 2006. In comparison, Nigeria’s moviemakers, commonly known as Nollywood, came out with 872 productions – all in video format – while the United States produced 485 major films.

“Film and video production are shining examples of how cultural industries, as vehicles of identity, values and meanings, can open the door to dialogue and understanding between peoples, but also to economic growth and development,” said UNESCO Director-General Koïchiro Matsuura.

“This new data on film and video production provides yet more proof of the need to rethink the place of culture on the international political agenda,” he added.

Key to Nollywood’s explosive success is Nigerian filmmakers’ reliance on video instead of film, reducing production costs, and, as the survey points out, the West African country has virtually no formal cinemas, with about 99 per cent of screenings in informal settings, such as home theatres.

The survey also revealed that about 56 per cent of Nollywood films are made in local languages, while English remains a prominent language, accounting for 44 per cent, which may contribute to Nigeria’s success in exporting its films.

According to the study, US movies continue to dominate cinema admissions around the world, and all of the top ten films seen in Australia, Bulgaria Canada, Costa Rica, Namibia, Romania, and Slovenia were US made.

FROM THE FIELD: Sunny days power a better life for displaced Nigerians

A vast majority of the nearly 25,000 suspected meningitis cases and more than 15,000 deaths worldwide in the first three months of 2009 have occurred in the so-called “African meningitis belt,” hitting Nigeria and Niger the hardest, the United Nations health agency has reported.