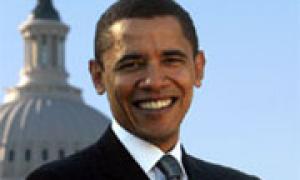 In a statement issued in Geneva today, four UN human rights experts stated that “the regime applied at Guantánamo Bay neither allowed the guilty to be condemned nor secured that the innocent be released,” adding that it also opened the door for serious human rights violations.

Following his election in November, Mr. Obama publicly stated his commitment to lead his administration’s efforts to close the Guantánamo Bay prison camp and to strengthen the fight against torture. Both of which are part, he said, of his efforts “to regain America’s moral stature in the world.”

The experts strongly support his commitment which they said, in addition to restoring the moral stature of the US in the world, “will allow a dark chapter in the country’s history to be closed and to advance in the protection of human rights.”

They added that “moving forward with closing Guantánamo is a strong symbol that will help to repair the image of the country after damage by what was widely perceived as attempts at legitimising the practice of torture under certain circumstances.”

In addition to being illegal, detention there was “ineffective in criminal procedure terms,” said the experts, adding that similar severe abuses also occur at places of secret detention. “Thus, with the same emphasis, the experts urge that all secret detention places be closed and that persons detained therein be given due process.”

The experts also stressed that detainees facing criminal charges must be provided fair trials before courts that afford all essential judicial guarantees. “They emphatically reject any proposals that Guantánamo detainees could through new legislation be subjected to administrative detention, as this would only prolong their arbitrary detention,” the statement said.

Further, they called on third countries to facilitate the closure through their full cooperation in resettling those Guantánamo detainees that cannot be sent back to their countries of origin and, in this regard, welcomed the recent announcement of Portugal to accept detainees and called on other States to follow.

Among those adding his name to today’s statement is the Special Rapporteur on the promotion and protection of human rights while countering terrorism, Martin Scheinin, who warned a couple of months ago that the US Government’s system of military commissions planned for suspects detained at Guantánamo is not likely to reach international standards on the right to a fair trial.

He added that a visit to Guantánamo Bay in December 2007 confirmed his misgivings concerning the operation of the military commissions.

The US Supreme Court has in a series of cases pronounced itself on the rights of detainees at Guantánamo Bay. In its most recent decision, the Court found the Military Commissions Act unconstitutional and granted the detainees access to the federal courts’ jurisdiction, including the right to habeas corpus.

The experts, who function in an independent and unpaid capacity, report to the Geneva-based UN Human Rights Council.

The senior United Nations political official expressed his hope today that talks between Israel and Palestine will both continue and intensify – in spite of the transition under way in the former country – in line with the peace process launched last year in the United States city of Annapolis.