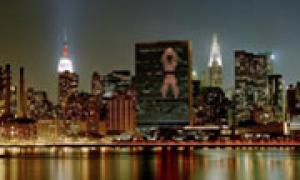 Despite a growing need for contraceptives and condoms for HIV prevention, funding has virtually stagnated since 2001 when it peaked at $224 million, according to a new analysis by the United Nations Population Fund (UNFPA).

According to the Millennium Development Goals (MDGs) report for 2007, some 200 million women globally have an unmet need for effective family planning, and the number of contraceptive users is projected to rise by over 25 per cent over the 2000 figure by 2015.

Without concerted national and international efforts, millions will not be able to exercise their reproductive health choices, according to the analysis, Donor Support for Contraceptives and Condoms for STI/HIV Prevention 2007.

It shows a six-fold increase in donor investments in the female condom, from nearly $2 million in 2001 to almost $13 million in 2007. Overall, 85 per cent of donor support in 2007 was allocated to three types of supplies: male condoms, oral contraceptives and injectables.

Sub-Saharan Africa received 60 per cent of the total, up from less than 50 per cent in 2006, followed by Asia and the Pacific, Latin America and Caribbean, and the Arab States and Eastern Europe, respectively.

♦ Receive daily updates directly in your inbox - Subscribe here to a topic.
♦ Download the UN News app for your iOS or Android devices.
HIV and AIDS

Experts meeting in Beijing today at a United Nations-backed regional workshop on stopping the spread of HIV called for the promotion of increased condom use between sex workers and their clients.