The Security Council met this afternoon for the second time in 24 hours to discuss the deadly violence wracking South Ossetia, Georgia, where hundreds of people are reported to have been killed and thousands of others are now on the move, seeking shelter from the fighting.

The Council held an open meeting to discuss the crisis following earlier consultations among members, after holding an initial late-night meeting last night in the wake of the escalating clashes between Georgian and South Ossetian forces.

Mr. Alasania called on Russia to withdraw its forces, to stop the bombing campaign and to negotiate a ceasefire, adding that Georgian President Mikheil Saakashvili was willing to take part in dialogue with Moscow.

Russian Ambassador Vitaly Churkin said it was Georgia that had carried out “a treacherous attack” on South Ossetia, in violation of a 1996 agreement ending earlier fighting between the Georgian and South Ossetian sides and in spite of Russian calls for negotiations and a ceasefire.

Mr. Churkin said Georgian forces were bombarding towns, including those outside the immediate conflict zones, and had created panic among the civilian population, many of whom were now trying to flee to safety.

In a statement issued by his spokesperson Secretary-General Ban Ki-moon voiced serious concern yesterday at the mounting violence, and UN agencies report that the situation has only worsened since then, with rising numbers of civilian deaths and injuries.

Today the Office of the High Commissioner for Human Rights (OHCHR) and the UN Children's Fund (UNICEF) joined their voices to calls urging all sides to show restraint and take steps to prevent any further casualties.

OHCHR called on all sides “to safeguard the rights of displaced people and refugees, including through the creation of safe passages for them to leave conflict areas,” according to a press release issued in Geneva.

The United Nations High Commissioner for Refugee (UNHCR) is also closely following the situation, saying that Russian border officials informed the agency's sub-office in the southern Russian city of Vladikavkaz that people have been arriving in North Ossetia-Alania, in Russia, throughout the night.

UNHCR's office in Vladikavkaz is in daily contact with the authorities and following the situation closely, he said, adding that the Georgian and Russian Governments are responding to the immediate needs of the recent arrivals and have not asked for help.

Reports are “trickling out” of South Ossetia, and a UNHCR staff member has reported that many buildings and houses have been destroyed and that only military personnel are moving on the streets.

Mr. Redmond said that water is also in short supply – a chronic problem worsened by recent events – and that most transport has stopped and shops are running out of food.

In addition to those that have crossed over the border into Russia, some 400 people are believed to have moved from South Ossetia to other parts of Georgia. UNHCR staff in Georgia and their partners are monitoring the new arrivals from South Ossetia and maintaining close contact with the Georgian Ministry of Refugee and Accommodation.

UNHCR's operations in the country focus on more than 275,000 people, including internally displaced persons (IDPs) linked to the separate conflicts in South Ossetia and Abkhazia, as well as refugees, asylum-seekers, stateless people and returnees. 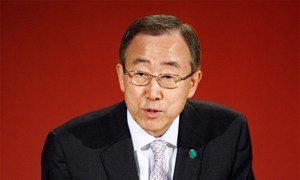