18 March 2008
The Afghan Government must do more to bring perpetrators of human rights violations to justice, a senior United Nations official said today, warning that unless impunity is addressed, past crimes will continue to undermine the future of the young democracy.

During nearly three decades of conflict, thousands of Afghan men, women and children were subjected to various human rights abuses, including the right to life and safety, freedom of movement, and access to education and health. Many of those responsible for these crimes have yet to be brought to justice.

In 2005, the Afghan Government adopted an action plan to try to address the abuses of the past, achieve peace with justice and promote national reconciliation. However, during her visit to the strife-torn nation last November, UN High Commissioner for Human Rights Louise Arbour expressed disappointment in the lack of progress in implementing commitments made under the plan.

“At a minimum, there needs to be the space for a national dialogue that acknowledges the injustices and suffering that have occurred,” she told reporters in Kabul today. “The voices of victims need to be heard.”

She emphasized the need for political commitment and stronger leadership at both the national and international levels, noting that unless the issue of impunity is addressed, Afghanistan’s future will be threatened by its past. “Building an environment that is conducive to respect for human rights is fundamental to a peaceful and democratic society,” she stated.

Ms. Niland also cited the need for stronger commitment – both political and financial – to reduce maternal and infant mortality rates, which threaten the right to life. In addition, while life is better for some Afghan women and girls, who are now able to go to school, work outside the home, and have access to basic health care, deep-rooted social, economic and political discrimination continues.

“It takes time everywhere to achieve gender equality but the severity of the situation here in Afghanistan demands much stronger commitments and more concerted action than is currently the case,” she noted. 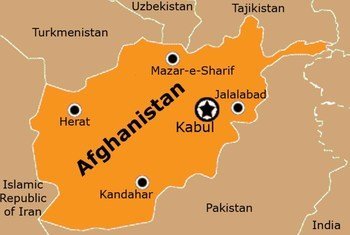 10 March 2008
The political transition in strife-torn Afghanistan continues to face a number of serious challenges, including terrorism and a booming drug industry, according to a new United Nations report, which urges an integrated approach among all international partners to stabilize the fledgling democracy.