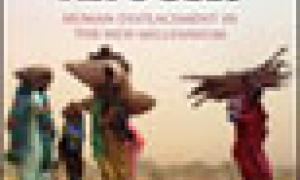 “People who would otherwise seek safety in neighbouring states are more frequently compelled to remain within the borders of their own country, most often in similar conditions as refugees,” UN High Commissioner for Refugees (UNHCR) António Guterres said, calling internal displacement the international community's “biggest failure” in terms of humanitarian action.

In a foreword to the report - The State of the World's Refugees: Human Displacement in the New Millennium – Mr. Guterres noted that inter-state conflict is less prevalent today than internal strife, resulting in fewer refugees crossing international borders and more displaced within their own countries.

Although the world's estimated 25 million internally displaced persons (IDPs) do not fall under the 1951 Refugee Convention, they are nevertheless in urgent need of help, according to the report, which was launched in London.

For example, while the return of 4 million people to Afghanistan and hundreds of thousands to Angola, Sierra Leone, Burundi and Liberia contributed to a sharp decline in refugees over the past five years, the long-running conflicts in the Democratic Republic of Congo (DRC) and Sudan alone accounted for some 7.5 million IDPs in 2005.

The sustainability of some refugee returns also remains a concern, and widespread confusion over migrants and refugees, tightened asylum policies and growing intolerance contribute to the overall displacement crisis in an increasingly globalized world.

The report notes that the UN is beginning to make discernible progress toward helping IDPs, including a decision last year assigning sectoral responsibilities to specific agencies.

“UNHCR's role in the new division of labour is pivotal because it is focused on protection, the biggest gap in the system,” it says. “UNHCR is at a critical juncture in its 55-year history, having agreed to substantially expand its role to encompass the internally displaced.

“For the first time since the end of World War II, a comprehensive regime is being designed to address the needs of the forcibly displaced on both sides of the border,” the report adds.

South Sudan alone, struggling to emerge from two decades of civil war, could see some 4 million IDPs and 400,000 refugees return home in the next few years.

But ensuring that the uprooted can go home and stay home requires sustained international attention, from the return phase to reconstruction and long-term development, the report stresses. Bridging any gaps in that process is crucial in preventing states from sliding back into another cycle of violence and displacement.