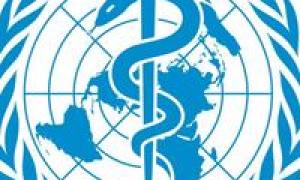 The United Nations World Health Organization (WHO) today reported that 20 people have died of the deadly Ebola virus since the most recent outbreak struck the border region between Gabon and the Republic of the Congo.

In its latest update on the disease, WHO confirmed a total of 29 cases of Ebola haemorrhagic fever, which the agency calls "one of the most virulent viral diseases known to humankind."

WHO also predicted more deaths, with an additional eight suspected cases under surveillance and over 200 people under active follow-up because of their direct or suspected contact with the blood or body fluids of Ebola victims.

Of the confirmed infections, 17 were detected in Gabon and 12 in neighbouring villages in the Republic of the Congo, according to WHO. An international team, working closely with the two countries' Ministries of Health, is operating in the area to control the outbreak.

Ebola, which is transmitted via direct contact with the blood or other bodily fluids of an infected person, causes death in up to 90 per cent of all cases. There is no specific treatment or vaccine for the disease, which is often characterized by the sudden onset of fever, weakness, muscle pain, headache and sore throat. This is followed by vomiting, diarrhoea, rash, limited kidney and liver functions, and both internal and external bleeding.