UNICEF/Rezayee
In Afghanistan, UNICEF focuses on the enrolment and retention of the most vulnerable children, specifically those who are out of school, and girls.
2 June 2018
Peace and Security

That represents almost half of all children aged between seven and 17, and it marks the first time that the out-of-school rate has increased, since 2002, said UNICEF.

The figures are part of the Global Initiative on Out of School Children report, released on Saturday, which indicates that persistent discrimination against girls is a major factor driving down school attendance.

Girls account for 60 per cent of those being denied an education, putting them at a particular disadvantage, and compounding gender-based discrimination, says the report. In the worse-affected provinces – including Kandahar, Helmand, Wardak, Paktika, Zabul and Uruzgan – up to 85 per cent of girls are not going to school.

The study notes that displacement and child marriage are major obstacles to classroom participation, together with a basic lack of women teachers, poor facilities, and insecurity in conflict-affected areas.

“Business as usual is not an option for Afghanistan if we are to fulfil the right to education for every child" - Adele Khodr, UNICEF

“Business as usual is not an option for Afghanistan if we are to fulfil the right to education for every child,” said UNICEF Afghanistan Representative, Adele Khodr. “When children are not in school, they are at an increased danger of abuse, exploitation and recruitment,” she added.

But there are rays of hope in the study. It notes that dropout rates are low, with 85 per cent of boys and girls who start at the primary level, managing to stay in school to complete all grades, while the figures are even higher for those who begin at secondary school level.

“We commend the Government of Afghanistan for prioritising and declaring the year 2018 as the year of education,” said Ms. Khodr. ”Now is the time for a renewed commitment, to provide girls and boys with the relevant learning opportunities they need to progress in life and to play a positive role in society,” she added.

“Getting girls and boys into school is so much more than sitting in class,” she said, adding that it was about providing routine and stability, “which is a wise investment given the insecurity across parts of the country.”

The report calls for a continued commitment on the part of the Afghan government and civil society groups to address the country’s classroom crisis.

♦ Receive daily updates directly in your inbox - Subscribe here to a topic.
♦ Download the UN News app for your iOS or Android devices.
Afghanistan|UNICEF 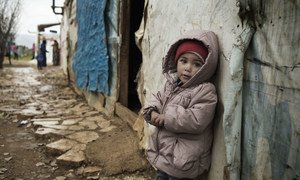 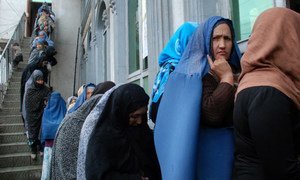