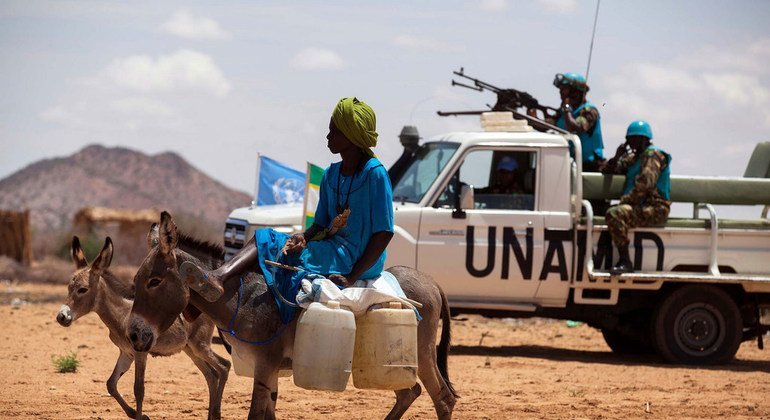 More than 2,600 Tanzanian military and police personnel currently serve in six UN operations, performing a range of vital tasks such as protecting civilians and community policing. Here, a woman rides a donkey loaded with water jerry cans, while Tanzanian troops with the Joint UN-African Union mission in Sudan’s Darfur region (UNAMID) conduct a routine patrol in the camp for internally displaced persons in Khor Abeche. (30 June 2014) 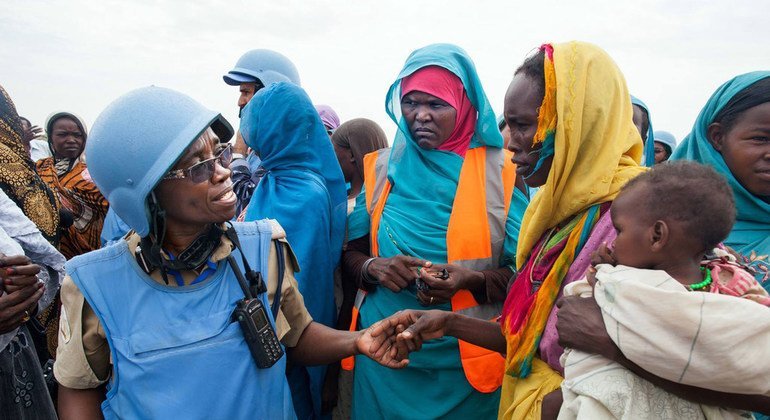 UNAMID police officer Grace Ngassa (Tanzania) and Community Policing Volunteer Jazira Ahmad Mohammad interact with a woman in the Zam Zam camp for internally displaced persons in North Darfur. Several thousand IDPs were trained and equipped by the UN to work as Community Police Volunteers, acting as a liaison between the local community and the police officers during their daily patrols and being the first-level responders for victims of crimes. (26 June 2014) 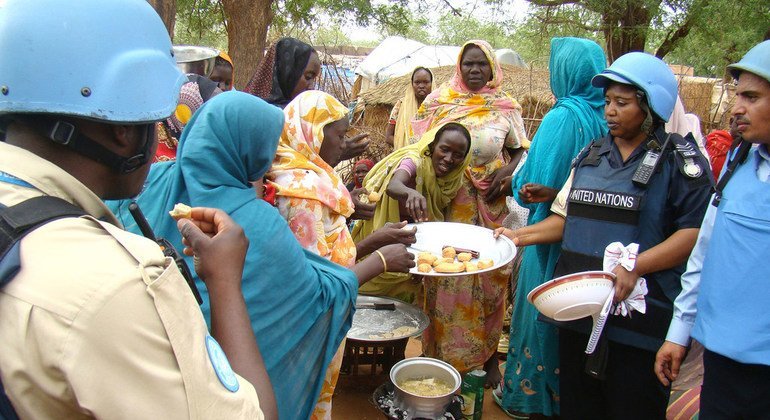 UNAMID’s police component in West Darfur conducted a training session on baking Tanzanian cakes, known as mandazi, for 30 displaced women from the Abu Zar camp for internally displaced persons. This is part of the police component's continuing efforts to build the capacity of local populations across Darfur by training them in a range of small scale “livelihood” activities. (28 July 2015) 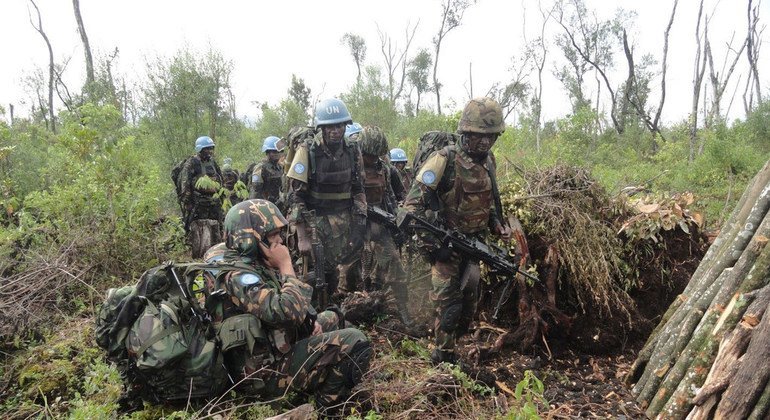 Tanzanian special forces establish communications with their counterpart forces during an operation in Kalima forest in Rutshuru, Democratic Republic of the Congo in December 2016. The Tanzanians are part of the Force Intervention Brigade, a rapid reaction force deployed by the UN authorized to conduct operations against rebel groups. 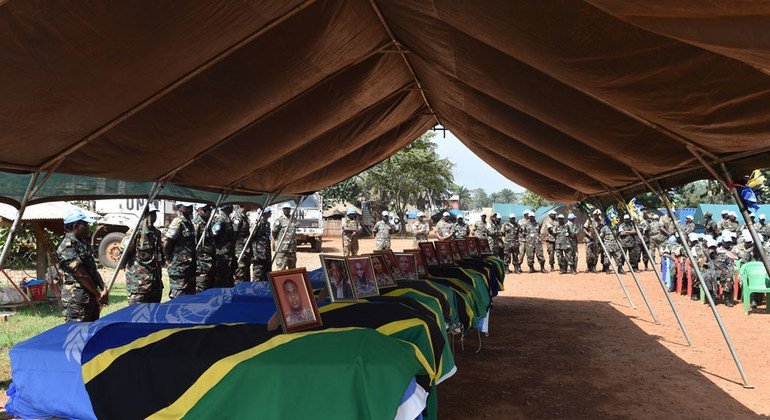 A ceremony in Beni, in the Democratic Republic of the Congo, paying tribute to the 14 UN peacekeepers who were killed during an attack on the UN mission’s base in Semuliki. Another peacekeeper later succumbed to his injuries, bringing the total fatalities to 15. (11 December 2017)